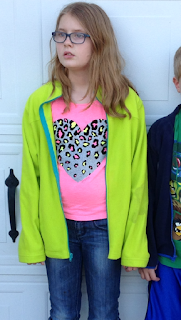 (From the Springfield Police Department)

Update, 11:50 a.m., Dec. 21: Rachael Mosher has been located and is uninjured. She was spotted at a City Utilities bus stop at 2350 S. Campbell Ave., near the intersection of Broadmoor. The bus driver contacted police, and officers were able to confirm her identity at the scene. Detectives from the Springfield Police Department will continue this investigation to determine what occurred during the time Mosher was missing.

Original release, 8:21 a.m., Dec. 21: The search is ongoing for Rachael Mosher, 13, a missing and endangered child with autism who was last seen at approximately 6 p.m. in the area of Walnut Lawn and Campbell in Springfield.

Several additional officers have been assigned to this search including specialized units of the Springfield Police Department and support from other local law enforcement agencies to include the Missouri State Highway Patrol and Greene County Sheriff’s Office.

Citizens are encouraged to check their property for Mosher—yards, outbuildings, unlocked cars, etc.—as it is possible that she is in hiding and has taken shelter from the cold. It is also highly encouraged that community members continue to spread the word of this search and be on the lookout for her anywhere in the city.

Mosher is autistic and is high functioning. She is 5 feet tall, weighs 90 pounds and has light brown hair and blue eyes. She was last seen wearing blue jeans, a red jacket with fur around the hood, a white sweater with snowflakes and black boots. She was also wearing a pair of blue framed eye glasses.

Anyone with information regarding Mosher’s whereabouts is asked to immediately call 911.
Posted by Randy at 11:09 AM

We are a participant in the Amazon Services LLC Associates Program, an affiliate advertising program designed to provide a means for us to earn fees by linking to Amazon.com and affiliated sites.”