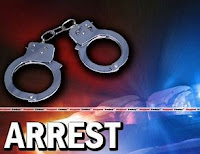 (From the U. S. Marshals Service)U.S. Marshals-Midwest Violent Fugitive Task Force and the Greene County Sheriff’s Department located and coordinated the apprehension of a Springfield man on Wednesday who fled to Mexico to avoid being sentenced in Greene County Circuit Court on numerous sex offense charges.
On September 17, , 2021, the 31st Judicial Circuit Court of Greene County issued an arrest warrant for David M. King for five counts of Statutory Sodomy in the 1st Degree, Statutory Sodomy in the 2nd Degree, Child Molestation in the 1st Degree, and Child Molestation in the 4th Degree after he failed to appear for his scheduled sentencing hearing.
The Greene County Sheriff’s Office Fugitive Apprehension Unit immediately began the investigation to locate and apprehend King. The U.S. Marshals Service fugitive task force joined the hunt for King shortly thereafter and worked closely with the Fugitive Apprehension Unit throughout the investigation.
Through a series of investigative endeavors, Fugitive Apprehension Unit detectives and Deputy U.S. Marshals soon tracked King to Reynosa, Mexico.
On Wednesday morning, Deputy U.S. Marshals in the Southern District of Texas-McAllen, apprehended King in Reynosa, Mexico. King is currently awaiting return to Springfield to face sentencing for his sex offense charges.
“The U.S. Marshals service remains dedicated to assisting our local law enforcement partners to stop the spread of violence in our communities. This is a priority for the Department of Justice and the U.S. Marshals Service,” said Mark James, U.S. Marshal for the Western District of Missouri.
“Through teamwork and cooperation with the Greene County Fugitive Apprehension Unit we successfully brought a dangerous fugitive to justice.”
Posted by Randy at 7:34 PM